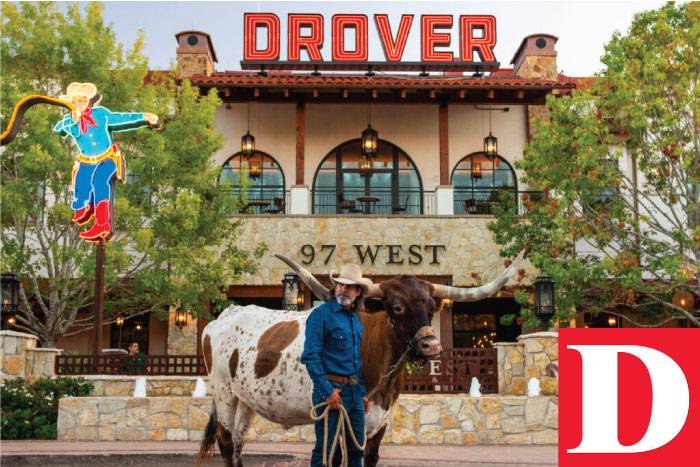 Where to Vacation in Texas Now

Sometimes the best vacations aren’t about exotic destinations. They are about transporting yourself to a fictional reality a short drive away.

Some feared the $200 million redevelopment of the century-old barns that once housed the nation’s largest horse and mule market might rob the Fort Worth Stockyards of its historical charm. I am here to report that the district remains a red-bricked garden of Western delights; let’s just say the new Mule Alley has kicked the taste level up a notch.

The headliner of this festival of the senses: Hotel Drover. Named in homage to the cowboys who trailed millions of cattle through the city in the Reconstruction era, the boutique hotel draws revelers with a vast, idyllic courtyard and its blend of rustic elements (reclaimed wood floors, Texas stone fireplace) and modern art installs (neon lights, pinup cowgirl murals). Insta photo ops abound.

Strolling through Mule Alley, my husband and I saw a thumping country band playing to a blissed out crowd in Second Rodeo Brewing’s covered turf “bar garden,” while a duo sang acoustic country classics at the Sidesaddle Saloon, where bartenders sling upscale cocktails.

Out on the main drag, we dodged herds of tipsy women wearing “Bach and Booze” t-shirts and Stetsons they accessorized with scarves, feathers, and jingling trinkets at Flea Style’s “hat bar.” Lowrider trucks blasting reggaeton cruised Exchange Street, and we popped into the new shops to escape the crush of tourists. King Ranch, Kimes Ranch, Proper Supply Co.—they carry all the quality provisions necessary to dress like a Dutton.