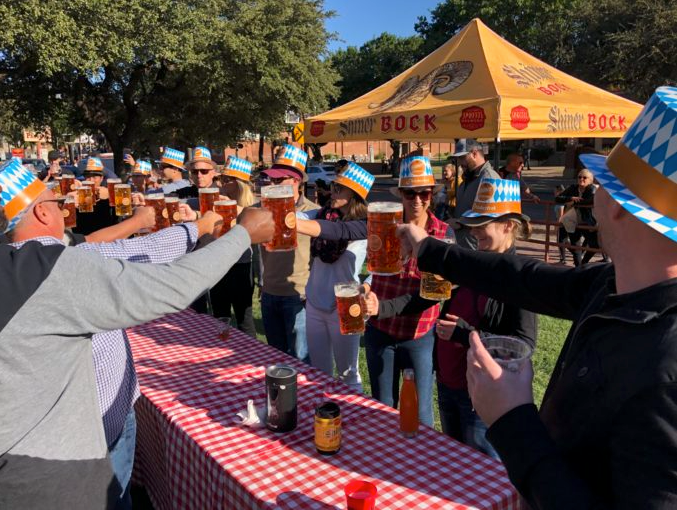 The timing couldn’t have worked out better. In the weeks leading up to Stocktoberfest — this weekend’s three-day fest at Mule Alley which will feature brewery tours, gift giveaways, and other fun activities — Dennis Wehrmann finished preparing the brewery portion of Second Rodeo Brewing.

Wehrmann said Texas’ cowboy culture was always a big hit in his native country. Among other things, Germans have long been enamored with how big everything in Texas is, he told me. To be working full-time in one of the most Texas-y parts of Texas is a thrill, he added.

Wehrmann has an encyclopedic knowledge of beer. As part of Stocktoberfest, the brewmeister will be offering special Oktoberfest brews at Second Rodeo Brewing. On Saturday and Sunday, Wehrmann will lead brewery tours at 1 p.m. that end with free tastings sourced straight from the brewery.

As you mosey around Mule Alley, check out two new stores: Flea Style, which sells rare clothing, jewelry, home decor, hats, and unique Western wear from around the globe, and Tucker Brown, a Western retail store that first opened in Lubbock 35 years ago.

“We don’t have anything like these new tenants in the Stockyards, and we are so excited to bring them to the Mule Alley district right in time for cooler weather and holiday celebrations,” said Kayla Wilkie with Fort Worth Heritage Development Co., the company that developed and owns Mule Alley.

Throughout the weekend, $5 Shiner drafts will be available, and you can freely carry them and other beverages throughout the historic district. The Stockyards Championship Rodeo is taking place Friday and Saturday nights in the Cowtown Coliseum. Live music performances by September Moon, Shea Abshier, Aurora Bleu, and Michael Lee are part of the Stocktoberfest festivities along with a TCU rally (Friday evening) that features giveaways. Guests who wear purple can enjoy half-price general admission tickets.

Bring the kiddos on Sunday for a free roping competition that’s open to anyone. The event, which will take place in the Cowtown Coliseum, is sponsored by the American Paint Horse Association.