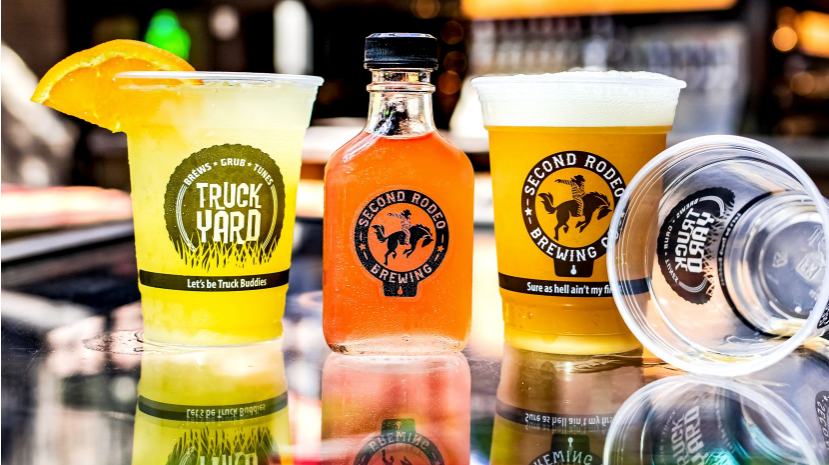 The beginning of 2021 seems as though it was only yesterday, yet simultaneously, a decade ago. With the benefit of year-end-powered hindsight, it’s clear that Dallas-Fort Worth brewers were up to the many challenges placed before them. The number of openings dwarfed the number of brewery closings. An impressive number of operations expanded into larger facilities, with some even adding second locations.

One of the region’s top industry observers, Brian Brown of Beer in Big D, has keenly reported on the ebbs and flows of the North Texas craft beer scene for many years. He’s encouraged by what he’s witnessed.

“If there’s one thing I think we’ve learned in the last two years, it’s that North Texas brewers are a determined and resilient bunch,” he says. “All through the pandemic, they’ve bobbed and weaved while managing various restrictions and mandates to do whatever it takes to keep the doors open. This year in particular has been impressive, given more than a dozen new openings have occurred with only a couple of closures.”

In early 2021, craft beer lovers had plenty of reason to visit The Colony when Indian import Windmills provided the surging Grandscape district with its lengthy list of well-crafted traditional beer styles, as well an impressive menu featuring both Texas and Indian-inspired dishes in a rather posh setting. Just a bottle toss away, Beard Science Sour House opened on the grounds of the Truck Yard, slinging sour and wild ales under the direction of former Franconia owner Dennis Wehrmann.

Also on the northern side of the region, Cedar Creek Brewhouse and Eatery opened its long-gestating location in Farmers Branch while beers from Denison’s Say When Brewing began making their way onto tap walls around D-FW. Although Nine Band Brewing in Allen closed in the wake of its owner being indicted for capital murder, there looks to be new life for the space thanks to Mike and Jenn Todryk of HGTV fame, who have reportedly planned to re-open the brewery as an affiliated outlet to the couple’s Armor Coffee brand. The only movie theater in these parts to brew its own beer, Flix Brewhouse in Little Elm, even managed to re-open this fall after completely closing in 2020.

As has been the case, especially in the past couple of years, Cowtown has proven to be a boomtown for craft beer. Neutral Ground Brewing on Race Street began pouring its impeccably balanced King Cake beer in the spring. The malty sweet brew is far from a gimmick and is a fine year-round selection, regardless of whether Mardi Gras is in full swing or not. From the folks behind the Truck Yard and Twisted Root, Second Rodeo Brewing has helped energize the Fort Worth Stockyards into a local-friendly hotspot....full article